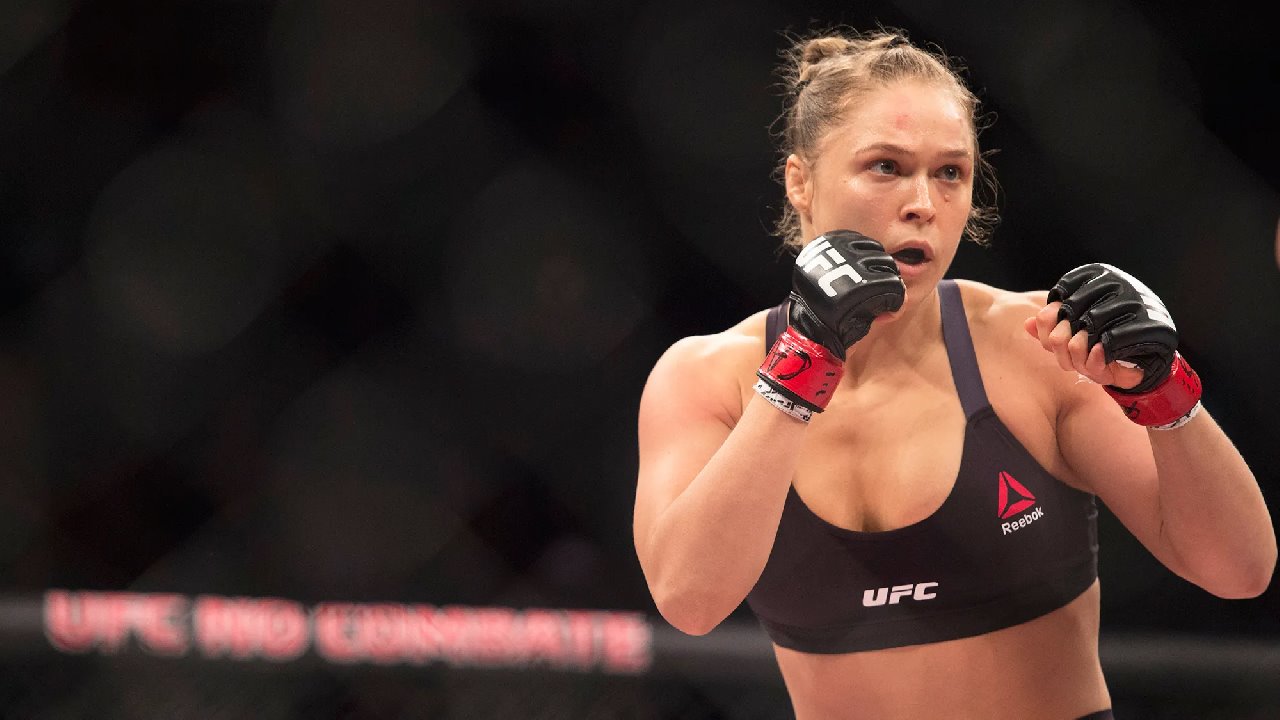 Few sports stars can lay claim to trailblazing in the way that Ronda Rousey has throughout her career and her status as global icon is impenetrable.

She became the first American to earn a medal in judo back at Beijing 2008, where she picked up bronze and her global status has grown exponentially ever since.

Soon after her Olympic exploits, Rousey transitioned to the world of MMA and UFC – where she was a huge part of transitioning the sport from an amateur vocation to the hugely lucrative professional operation it is today.

Her record in the UFC stands at 12-2 and she enjoyed the best part of 5 years as the undisputed number one pound for pound women’s fighter on the planet.

She suffered defeats to Holly Holm and Amanda Nunes which were her last appearances in the UFC, and she is now one of the biggest WWE fighters in the world and her global appeal remains as pertinent today as it ever has been.

Here is a rundown of some of the most valuable Ronda Rousey cards on the market:

Back in 2012, the Bloodlines range of UFC memorabilia wasn’t the all-conquering conglomerate that it is today and the Ronda Rousey rookie card from that time is a real collector’s item.

The image on the card shows Rousey using her trademark armbar hold and is a neat card dating back to her Strikeforce days.

Whilst there are different versions of the card, the base piece is valuable in its own right, and it displays the American flag in the background.

From the same year, the first autographed Ronda Rousey card on the market is the 2012 Topps Finest UFC Autographs edition.

Topps Finest cards always tend to hold their value and with Ronda Rousey very much in her pomp back in 2012, her rookie autograph card from that time is certainly a lucrative piece.

With the image on the card depicting Rousey with one arm aloft, celebrating yet another victory – it is a great card for all Ronda Rousey fans, whilst there are refractor and special edition parallel versions, for fans looking for an extra bit of value.

There are a mere 188 of these cards in circulation, with a small swatch of Rousey’s kit also featuring on the card itself, it is a piece that carries plenty of value.

Parallel versions of the card are all numbered too, so finding a piece with a low number on can also add to the soaring value of the card, which once again depicts Rousey in action – looking to submit her opponent with a guillotine hold.

The trend across most UFC collector cards back in 2012 was to look for niches and add-ons to add to the value of the cards and the 2012 Topps UFC Bloodlines Fighter Relic Autograph Ronda Rousey card is no different.

Just 50 copies of this card were produced back in 2012 and with a green piece of Rousey’s fighting gear on the card – it is aesthetically a great card to look at.

The sticker autograph version of the card is the most sought after, whilst there are parallel versions too, meaning there is something for everyone here – regardless of their Ronda Rousey card collection aspirations.

The 2017 Topps Chrome range is a highly sought after operation and the ‘Top of the Class’ cards are dedicated to those fighters who changed the sport.

Ronda Rousey’s status as a UFC legend remains set and as the 2017 Topps Chrome UFC Ronda Rousey Top of the Class inscribes on the back, she changed the landscape of the UFC.

The card itself depicts Rousey standing with her hands on her hips, looking down the barrel of the camera, with the familiar chrome finish on the card.

One of the USP’s with this card is its random nature, there is no exact print run, and they are few and far between – a real find if you can get hold of one.

Is a Ronda Rousey rookie card a good investment?

Legends of sport are few and far between in the current age but Ronda Rousey’s status as one of the best to ever do it remains secure.

A key player in UFC moving into the professional realm, Rousey’s work as a female fighter has paved the way for the next generation.

As a result, any Ronda Rousey rookie card is worth having and it would have plenty of sell on value further down the line – regardless of whether it is an autograph or a non-autograph card.

What are the best value Ronda Rousey cards?

Perhaps the ultimate compliment to pay Ronda Rousey is the fact that there are very few ‘cheap’ UFC cards of hers on the market, due to her status as a global sporting icon.

Rookie cards are a big deal for any UFC card collector, ruling them out from a cost saving perspective but there is still plenty of value to be found when chasing Ronda Rousey card value.

The 2013 Topps UFC Finest Ronda Rousey card is a great cheaper option for collectors, with both the base and refractor versions carrying value – it is also a superb card from an aesthetic point of view too.

Whilst she has not fought competitively since 2016, Rousey’s status within the sport remains untouched and her 2017 Topps Chrome Ronda Rousey Fighter Autographs is an excellent piece for collectors looking to maximise their value when purchasing Ronda Rousey cards.