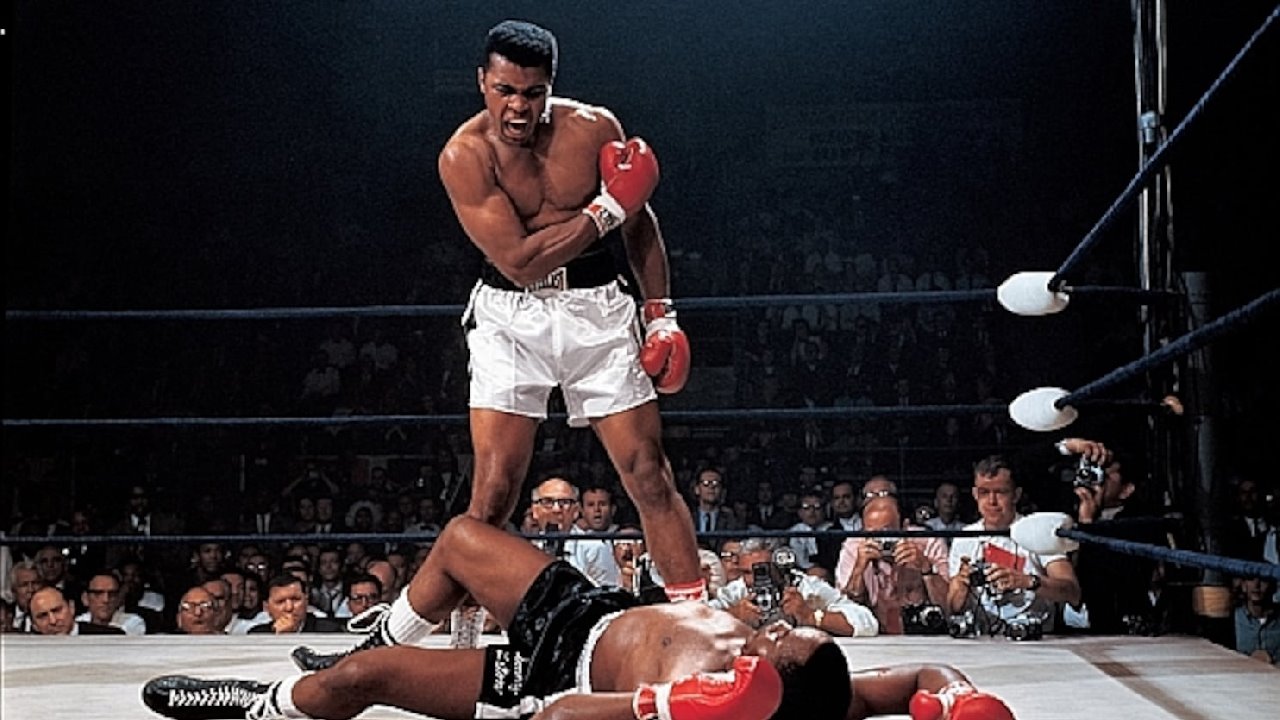 As perhaps the greatest athlete of all-time, Muhammad Ali remains one of the most recognisable sport stars to have ever walked the earth.

Despite having passed away in 2016, Ali’s global appeal, reputation and intrigue remains as strong as ever and all sports memorabilia associated with ‘The Greatest’ is as popular and as sought after as ever before.

Few sport stars have the fabled and storied history Muhammad Ali endured throughout his career but his struggles with authority and naysayers only served to spur him on further to become Heavyweight Champion of the World and to leave a lasting legacy that is unlikely to ever be surpassed in the world of boxing.

First beginning his fighting career back in 1960 and retiring in 1981, Ali enjoyed 21 years at the very top of the sport – ending his career with a 56-5 fight record.

Whilst it is accepted now that Ali fought on for too long at the back end of his career, not only blemishing his fighting record but also impacting on his health in later life, he is and was a global sporting icon and all cards and stickers that depict the great man carry a real sense of value and worth.

Here is a rundown of some of the most valuable Muhammad Ali cards on the market:

Sports cards back in the 1960’s were very different to how they are today but even back then, the appeal and prestige of some Muhammad Ali memorabilia was pertinent.

Then fighting under the name of Cassius Clay, he was the most exciting athlete on the planet – with his devastating speed in the ring and quick wit out of it, making him a global superstar.

The 1960 Hemmets Journal featured a four-card panel with a young Cassius Clay joined by other athletes from the 1960 Rome Olympics and are a real collector’s item – especially if they have been maintained in any sort of condition.

Sweden were at the forefront of sports cards back in the 1960’s and the 1962 Rekord Journal and shows Clay in a dual design alongside Kjell Jarlenius, a notable handball player at that time – another real find on the market.

Depicting an image which is now synonymous with Ali the world over, the 1965 Bancroft Tiddlers Giants of Sport Cassius Clay card is a genuine relic for all sports card enthusiasts.

With Ali (or Clay as he was then) striking his infamous hands up fighting pose and a close up picture of his face, the card design is very much of its time – yet it looks as relevant today as it ever has been,

Value is key here, not only because it has Muhammad Ali on the card but by virtue of the piece originating back to 1965 – making it one of the very best Muhammad Ali cards available.

Panini now have a real hold on the sports card and sticker market but back in 1966, their offerings were few and far between.

However, Cassius Clay (Muhammad Ali) was the box-office draw in the 1960’s from a sporting perspective and the Italian sticker of him from 1966 shows a youthful looking Clay, getting ready to step into the ring.

Condition will be central to value with this sticker, but it is a slick design, that also inscribes Clay’s name on the card – the first sticker or card of its time to do so – only adding further to the value of the piece.

In a career as decorated as Ali’s, it is easy to forget that he was an Olympic champion, and the 1983 Topps Greatest Olympians Cassius Clay card is a beautiful depiction of the great man celebrating his 1960 triumph.

From a range where all Olympic champions in America were immortalised in card form, the 1983 Topps Greatest Olympians Cassius Clay card is brightly coloured and adorned with the red, white, and blue of the American flag.

Base versions of this card are extremely rare, with only 2500 in circulation, whilst there are 50 cards that have the inscription ‘Congratulations’ on, adding further to any future sell on value.

Is a Muhammad Ali/Cassius Clay rookie card a good investment?

Sports memorabilia always carries value and a lot of that hinges on just how reputable a particular sports star or team is.

Voted in 2000 as the Greatest Athlete of the 20th Century, Muhammad Ali is a Bonafede global icon, who’s appeal, and status far transcends the sport of boxing.

As a consequence, having a Muhammad Ali rookie card is a proper investment for all levels of card collection enthusiast.

Inevitably, most of the Ali rookie cards date back to the 1960’s, meaning condition could be an issue but if a legible and maintained card can be sourced, it should be snapped up.

What are the best value Muhammad Ali/Cassius Clay cards?

Finding cheap Muhammad Ali cards is perhaps a little easier said than done, with all of the associated memorabilia with Ali holding a certain sense of prestige and worth for all levels of collector.

Genuine rookie cards are out of the question when searching cheap Ali cards, simply due to not only their value but their rarity and longevity.

The 1992 Pro Line Portraits Autograph Muhammad Ali collection is a NFL affiliate card but it offers collectors with an affordable purchase option – especially when it comes to also holding some sell on value.

More recent versions of Muhammad Ali cards such as the Muhammad Ali Silver Refractor Leaf 2010 Boxing Legend card are currently available at cheap prices and whilst it remains to be seen how much they could yield in the future, by virtue of being Ali memorabilia – it looks to be a sound investment.