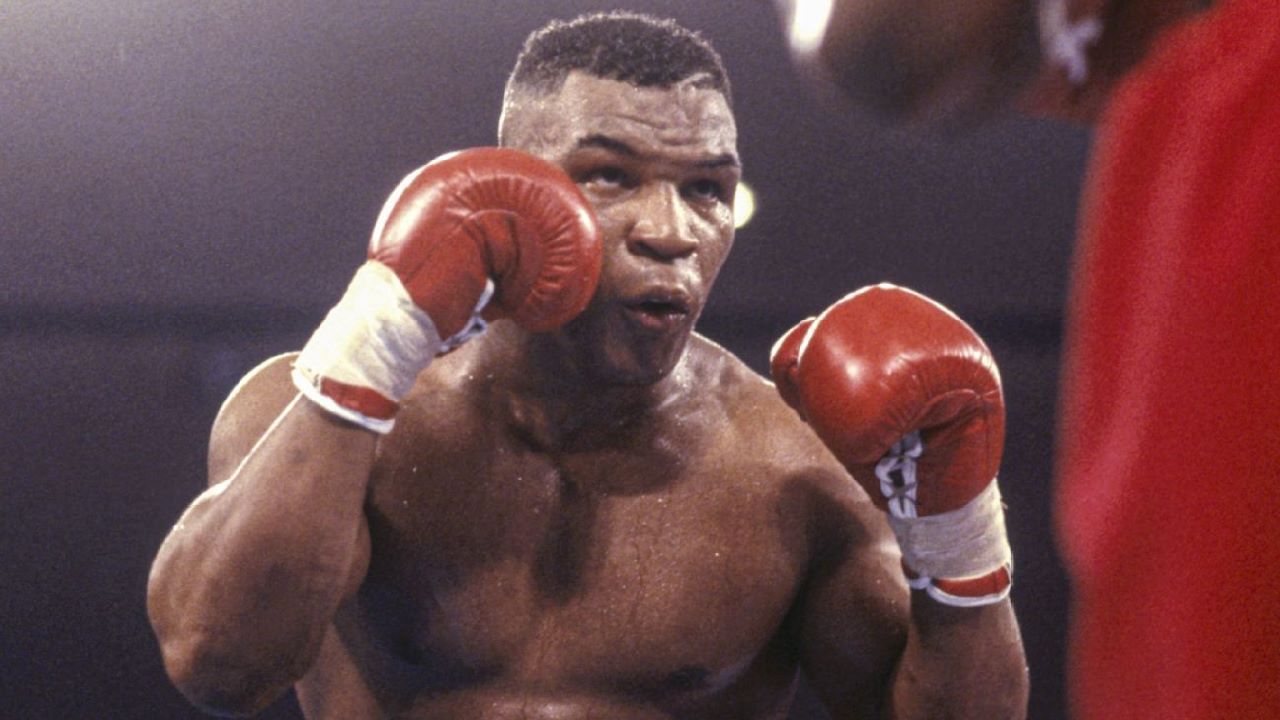 Boxing as a sport has a habit of attracting the most colourful and fascinating characters and seeing two athletes scrap it out in gladiatorial fashion is often a sight to behold.

In the modern era, few fighters have revolutionised the sport in the way in which ‘Iron’ Mike Tyson has – with his antics both inside and outside of the ring often making headline news the world over.

As a fighter, Tyson won 50 of his 58 professional fights – with sustained spells as Heavyweight Champion of the World and he became known for his devastating punching power.

Controversy followed Tyson throughout his career though, with his infamous ear bit of Evander Holyfield and various other misdemeanours often seeing him reprimanded by both the world of boxing and the US police, with Tyson also having spent time in prison.

Despite having retired from the professional ranks nearly two decades ago, Mike Tyson remains one of the most iconic sport stars on the planet and his global reputation remains untouched.

Event appearances and exhibition bouts now make up the calendar for Tyson, who continues to travel the world as a global sporting icon.

Here is a rundown of some of the most Mike Tyson cards on the market:

With his career dating back to the 1980’s, the original Mike Tyson rookie card on the market is actually a sticker – produced by the now prolific Panini in their formative years.

Many stickers and cards at this juncture were centred around football players but such was Tyson’s notoriety that he was depicted in Panini’s Supersport range.

There is only one base version of the sticker, which sees Tyson smiling in the image and has the USA flag adorning the sticker too.

The condition of the sticker will be the defining factor in terms of its worth, but it is a hugely collectible piece of Mike Tyson memorabilia, dating back to his days as a fighting rookie.

The concept of autograph cards/stickers is comparatively new and as a consequence the first Mike Tyson autograph card hit the market in 2006 – after the great man had actually retired from professional boxing.

Holding a classic fighting pose, the image on the card shows Tyson in his ‘lean and mean’ days, where he was the undisputed World Heavyweight champion between 1897 and 1990.

Few cards on the market are as sought after and as valuable as this one, with only 200 in circulation and seeing a 2006 Topps Allen & Ginter Autographs Mike Tyson card on the second hand market is an absolute rarity.

1987 A Question of Sport Mike Tyson

British TV institution A Question of Sport is still watched by millions of people in the UK on a weekly basis, pitting sports stars against each other in a sports knowledge quiz.

Back in 1987, a range of ‘A Question of Sport’ cards were released and inevitably, with Mike Tyson being one of the biggest athletes in the world at that point – his card was highly sought after.

Showing Tyson in action, displaying his all-action fighting style as he lands yet another punch, the card is aesthetically very pleasing.

Once more, the condition of the card will have an impact on its value but with it dating back over 35 years, there is a fair amount of value associated with the card.

The Ringlords collection are always highly sought after by collectors and the 1991 Mike Tyson card is an excellent piece of ‘Iron Mike’ memorabilia.

Tyson is celebrating with his manager Don King in the image on the card, with the World Heavyweight Champion belt draped over his shoulder – a familiar image back in 1991.

There are two versions of the card, with the unstamped edition significantly rarer than the stamped version, however both cards are valuable for Mike Tyson card collectors.

By the mid 2010’s autograph cards became the norm and inevitably, any ‘Legends’ collection would include a Mike Tyson card.

Both the 2012 and 2016 Upper Deck All-Time Greats runs included Mike Tyson autograph cards, and both editions have slick designs of the great man in action.

The 2016 edition of the card is a little easier to source than the 2012 edition but once again, both cards hold value when it comes to Mike Tyson card collation.

Is a Mike Tyson rookie card a good investment?

Since Mike Tyson first burst onto the boxing scene in the 1980’s, the sports card memorabilia market has changed substantially but any piece of Mike Tyson rookie memorabilia is certainly worth having,

The 1986 Panini Supersport sticker is the inaugural Mike Tyson sticker/card and as a result, is highly sought after by collectors.

In terms of investment, it is an excellent sticker that will certainly hold value over time, provided it is in good enough condition.

What are the best value Mike Tyson cards?

Relatively speaking, Mike Tyson cards are generally reasonably priced across the board, with the exception of pieces from early on in his career.

Both the 2012 and 2016 Upper Deck All-Time Greats Mike Tyson Autograph cards are excellent pieces of memorabilia from the great man that are relatively affordable, and they should carry value too moving forwards.

Contextually however, any Mike Tyson sticker or card is certainly worth having – regardless of ones ambition when it comes to sports card collection, simply due to Tyson’s status within the sporting world – there will always be a sell on value to be found.