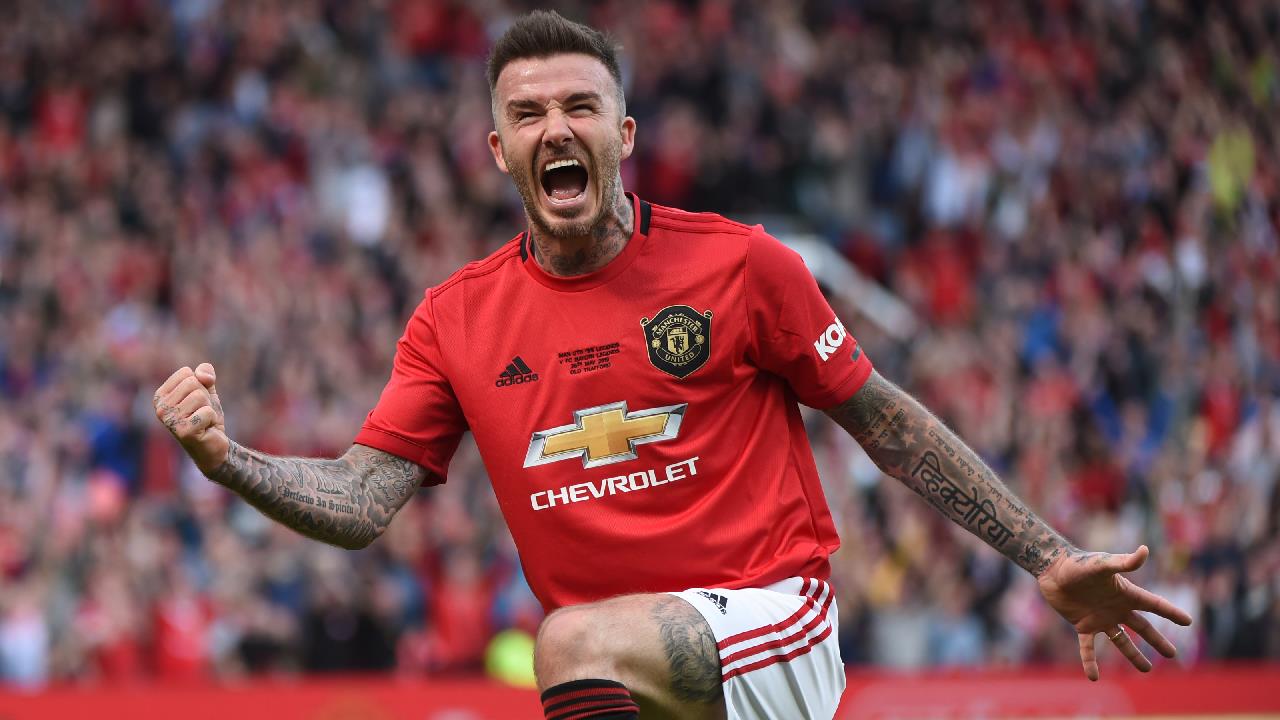 Very few soccer players have been able to transcend the sport in the way that David Beckham has and the combination of his media profile and footballing excellence has paved the way for the next generation of players to come through and earn astronomic sums of money.

Back in the 1990’s, when Beckham was emerging in the hugely successful Manchester United side, football in England was a very different sport, struggling for notoriety on a global scale and still living in the aftermath of football hooliganism.

The advent of the Premier League at the start of the decade and superstars such as David Beckham, enabled football to reach a wider audience, do away with terrace trouble and turn into the global phenomenon it is today.

As a consequence, David Beckham is held in the highest regard by football fans all over the world and his playing career speaks for itself.

Winning everything possible at club level with Manchester United, Beckham went on to excel at Real Madrid, before developing the game in America by joining LA Galaxy and winding up his career with AC Milan and Paris Saint Germain – culminating in a legendary career.

Beckham was also hugely influential for England too, captaining his country and although international glory never materialised, he remains one of the greatest ever Englishmen to have played the game.

Once his playing career ended, Beckham continued to be the global superstar he has always been and he is currently owner and sporting director of Inter Miami, one of the newest franchises in the MLS.

Here is a rundown of some of the most valuable David Beckham soccer cards on the market:

Back in 1996, it was a battle between Merlin and Panini to provide the most popular and sought after football stickers on the market in the UK.

At that time, Merlin had the monopoly on all of the Premier League offerings and fans were desperate to complete their respective collections.

1996 was a huge year for Beckham, as he made his way through the ranks at Manchester United to become an established first team regular.

His goal from inside his own half against Wimbledon on the first day of the 1995/96 season at Selhurst Park is seminal and the image on the 1996 Merlin Premier Gold David Beckham #92, depicts Beckham celebrating said goal – adding significantly to its value.

There are plenty of these cards in circulation, but it is the fact that it shows early Manchester United Beckham that makes it a serious collector’s item.

This card is not strictly a rookie card, as Beckham had already been plying his trade at Manchester United for a fair few seasons by 2001 but it is the earliest signed David Beckham card on the market.

Upper Deck have long been one of the most notorious signed card producers and such was Beckham’s global appeal at the turn of the 21st century, that they signed up with Manchester United to produce their cards – with Beckham their number one target.

With only 100 cards in circulation in both the 2001 and 2002 editions of the cards, they are seriously valuable pieces of Beckham memorabilia, but they are not completely unheard of and getting hold of one is worth the investment.

In an age of Merlin and Panini in the UK and Upper Deck in the USA, finding a David Beckham card produced by a different manufacturer is somewhat of a rarity.

The Raven Manchester United set from 1995-96 was a complete collection of all 14 first team players at the club at the time and inevitably, it is the David Beckham card that remains highly sought after today.

Picturing a youthful looking Beckham sporting a slick back hair style, the card is aesthetically pleasing and with a print run of around 500, it is certainly a card worth getting hold of.

By 2007, David Beckham’s impact in Europe was waning and he sought pastures new in the MLS, with the LA Galaxy.

It was a move that shook the sporting world and threatened to change the face of football in America forever and the associated memorabilia remains sought after.

The 2007 Upper Deck card shows Beckham in action and is the first card in any run with Beckham plying his trade in the MLS.

In a congested soccer card market, finding a card that is a differential can often be difficult but the 2011 SP Game Used Authentic Fabrics Dual card with David Beckham and Landon Donovan is a very unusual piece.

There are only 99 in the print run and all of the cards have a piece of match worn material from both Beckham and former USA captain Landon Donovan on, with both men hugely influential in the success the LA Galaxy enjoyed at the start of the 2010’s.

Is a David Beckham rookie card a good investment?

As previously alluded to, David Beckham set the blueprint for football players to become global superstars and his appeal remains as prevalent today as it ever has been.

With a playing career most people dream of, a popstar wife and a now grown-up family that are celebrities in their own right, David Beckham is a Bonafede sporting icon, and his memorabilia is highly sought after.

Both the rookie autograph card first produced by Upper Deck in 2001 and the 1996 Merlin Sticker are serious pieces of David Beckham rookie memorabilia, and they are a solid investment.

What are the best value David Beckham cards?

In essence, David Beckham cards don’t tend to be the cheapest on the market – simply due to his international appeal and following.

The David Beckham Manchester United Merlin Premier League Kick Off Foil Sticker 1997 is a piece that may continue to rise in value and is currently affordable, whilst the aforementioned 1995-96 Raven Manchester United Red Devils David Beckham card is a slightly more expensive offering that will certainly carry plenty of sell on value.