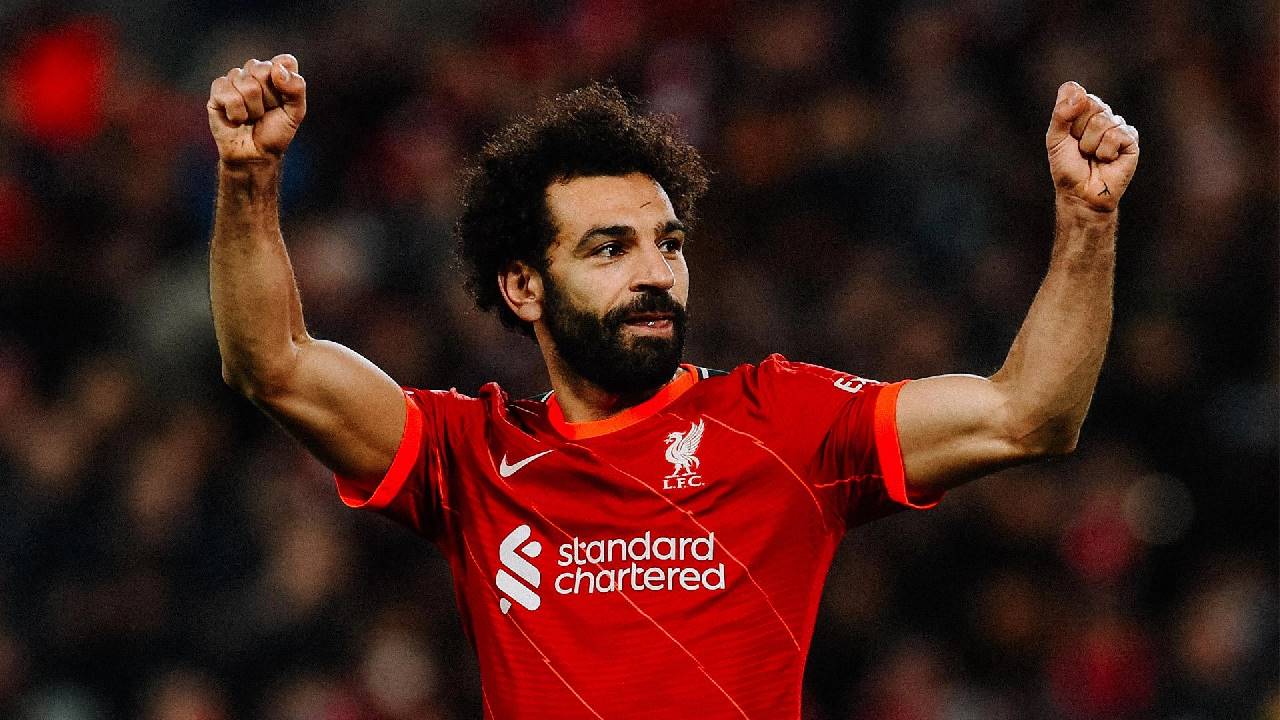 Premier League footballers are always defined by statistics, with strikers in particular dealing in one currency only; the number of goals they score.

For Mohamed Salah, plying his trade for Liverpool in the English top-flight has been a procession of accolades, trophies, and individual and team achievements.

The ‘Egyptian King’ as he is affectionately known as on the red half of Merseyside has not looked back since joining the Anfield club in the summer of 2017 and his impact on the game has been felt far and wide.

Despite enduring an inauspicious start to his career at FC Basel in Switzerland and Chelsea, Salah steadily made a name for himself at Fiorentina and Roma in Serie A, before Liverpool and Jurgen Klopp decided to bring him on board.

Since joining the club, Salah has won every domestic honour available to him, including playing an integral part in Liverpool lifting the Premier League in 2020 – ending a 30-year drought.

For his native Egypt, Salah’s influence continues to be felt both on and off the pitch and he is currently one of the most recognisable sporting icons in the game of football worldwide.

Here is a rundown of some of the most valuable Mohamed Salah soccer cards on the market:

With humble beginnings in his native Egypt, Mohamed Salah has been a trailblazer for African football over the past few seasons and few could have envisioned his meteoric rise to the top of the game.

Back in 2013 however, he was slowly making a name for himself as one of the brightest young talents around and the 2013 Simulacija Top 32 Mohamed Salah RC card is his rookie offering.

In a limited edition run with the likes of Pele, Diego Maradona and Lionel Messi, Salah was in good company from the outset, and this is a super rare offering from one of the biggest names in world football right now.

Panini have long carried the can for European football stickers and their Champions League books and stickers remain as popular as ever with collectors.

Much like Salah himself, FC Basel have always been the perennial underdogs in the competition and hailing from Switzerland they don’t have the infrastructure to compete with the biggest teams in Europe.

More often than not however they do hold their own and Salah was instrumental in their success in the 2013 campaign and his sticker from this season depicts a slick, informative design, which has become highly sought after following his subsequent success.

Any rookie World Cup card for the biggest names in the game are always highly sought after and that rings true with Mohamed Salah.

After playing a huge part in securing Egypt’s place at the 2018 FIFA World Cup in Russia, Salah wasn’t able to propel his country past the group stages but competing in the competition was a real milestone for him and his country.

The 2018 Panini Prizm World Cup Mohamed Salah card has many parallels including silver and numbered colored refractors, cracked ice and laser variations, with the familiar sight of Salah in full flow on the picture and the official World Cup logo at the bottom – making it a real collector’s piece for any soccer card enthusiast.

By virtue of their being more in circulation, the 2018 Panini World Cup Sticker of Mohamed Salah is a slightly more affordable offering in the Mohamed Salah collector’s market, but it remains a sought after piece.

There are a few versions available of the 2018 Panini World Cup Mohamed Salah Sticker, with the base version though to the gold trimmed offering all carrying a decent amount of value.

Print runs on all of the Mohamed Salah stickers in the set are limited, which inevitably adds to the value and with his subsequent breakthrough into the upper echelons of world football, they are investment pieces for the future.

Another from the long line of Champions League stickers produced by Panini, the 2013/14 offering is from Salah’s second season in the competition for FC Basel.

It was off the back of his performances in this campaign that Chelsea opted to sign the Egyptian and whilst that move at that time didn’t necessarily work out for Salah, he found his calling at the very top of the game in due course.

With a limited print run, a slick design that features Salah in action and the infamous Champions League logo in the top left and corner, it certainly is a collectible – regardless of budget or collection aspirations.

Is a Mohamed Salah rookie card a good investment?

Unlike many players, Mohamed Salah’s route to the very top of the game didn’t emerge through the academy of a big club and he did the hard yards at a smaller European club in FC Basel to make his name.

As a consequence, any rookie card or sticker depicting Salah during his time at the Swiss club is worth a fair amount – considering his now international global appeal and affiliation with one of the biggest clubs in the world in Liverpool.

Most of the Mohamed Salah collectibles on the market are stickers, meaning the condition of the pieces is often a moot point for buyers and sellers but getting hold of a decent Mohamed Salah rookie card is certainly a good investment, which will hold a strong amount of sell on value.

What are the best value Mohamed Salah cards?

With his stock within the world game at an all-time high, finding anything associated with Mohamed Salah that is cheap is no easy feat and with Liverpool continuing to perform at the highest level, more success looks guaranteed for the Egyptian.However, value can be found with some stickers and cards, with the Mohamed Salah 2022 Panini FIFA 365 Sticker Collection offering more recent value for collectors looking to take a bit more of a gamble moving forward.