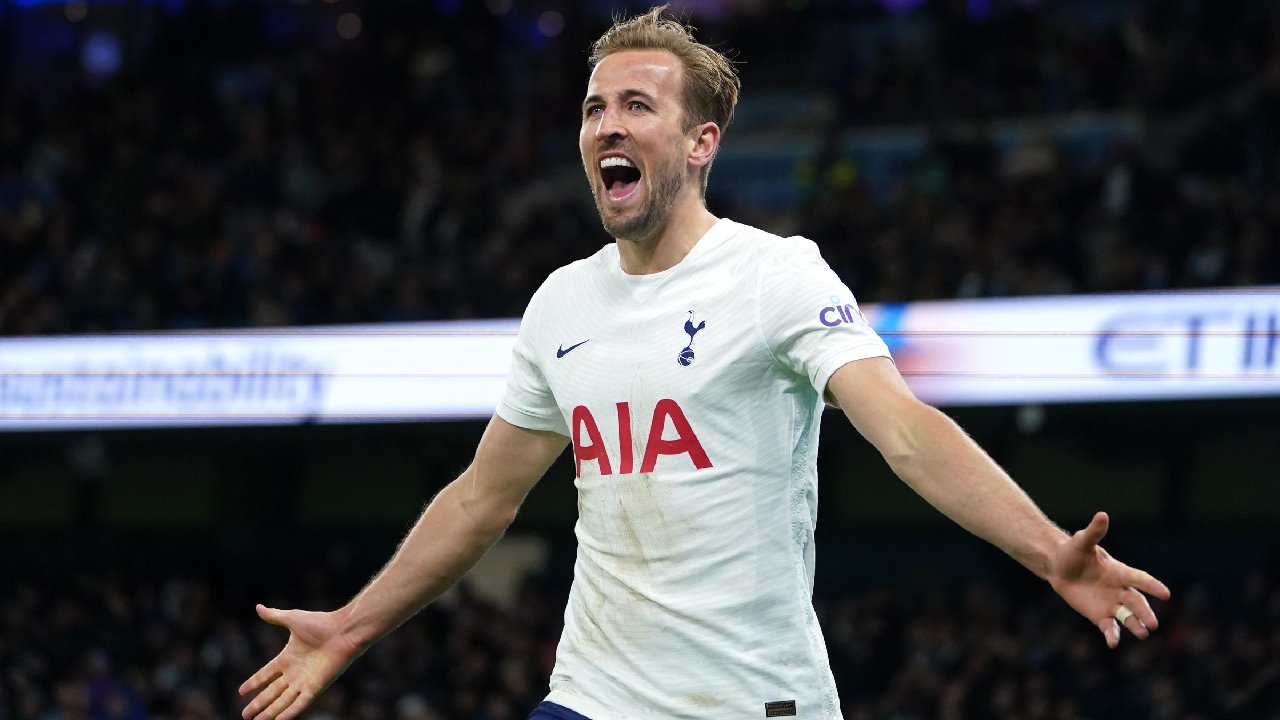 Being captain of the England football team is a can that not every player is able to carry with aplomb, however Harry Kane has broken that mould.

The Tottenham striker has been hugely influential in leading England to the semi-finals at the 2018 FIFA World in Russia before inspiring the Three Lions to the final of Euro 2020 on home soil.

Whilst both of those tournaments saw England come up short, Kane has become one of the sought after and reputable strikers in world football and with his long term future committed to Tottenham, he looks set to become one of the all-time greats at the Tottenham Hotspur Stadium.

Golden boots in both the Premier League and the 2018 FIFA World Cup are just two on a long line of individual honours Kane has already picked up in his career and whilst trophies continues to elude him at club level, he will be doing all he can to inspire his beloved Spurs to success in the not too distant future.

With an incredible eye for goal, slick link up play with those around him and a genuine appetite for the game, Harry Kane continues to have limitless potential at the very top end of the game.

Here is a rundown of some of the most valuable Harry Kane soccer cards on the market:

Whilst most players burst onto the scene in world football, it would be fair to describe Harry Kane’s journey to the top as more of a limp.

Initially seen as not quite good enough to play for Tottenham, Kane spent time in the Championship on a litter of loan deals before only being given his chance for Spurs due to injury.

Kane however did not look back, banging the goals in and he was then given his first proper run in the side, back in 2014 – when Topps first depicted the youthful looking Kane in sticker form.

Premier League sticker books are an institution in the UK and with Kane having gone on to enjoy a stellar career in England’s top flight, his rookie sticker is highly sought after and has a surprisingly low print run.

By 2016, Harry Kane was still fighting his way into a failing England team, that crashed out of Euro 2016 to lowly Iceland.

However, it was a landmark low for English football and the 2016 Panini Flawless Finishes Auto Harry Kane rookie card is from that time, with fortunes improving markedly ever since.

The key to this card is the print run, with only 25 in circulation it is a real collector’s item for all levels of football trading card enthusiast.

Key details to the card also include Harry Kane’s signature and the fact he is wearing the number 18 shirt, rather than his now trademark number 9 – indicative of the rookie card status, which once more only adds to the value of the piece.

Panini have long held the monopoly on the sticker and card industry in the UK and the 2015 Panini Football League Harry Kane rookie card depicts the Spurs striker celebrating an early goal for the Three Lions.

Kane is on track to become England’s all-time leading scorer and with this piece being his rookie offering in an England shirt, it is a real collector’s item.

Sporting the aforementioned 18 squad number, the Three Lions logo in the top left hand corner and a sleek design, the 2015 Panini Football League Harry Kane RC is certainly worth having, regardless of collection aspirations.

Euro 2020 was billed as the tournament and the year in which football came home and whilst Harry Kane and his men weren’t quite able to deliver that, Kane enjoyed yet another superb tournament – with his goals propelling England to the final.

The 2020 Select UEFA Euro Harry Kane range saw a limited print run on some of the best players from the tournament produced, with both the base and refractor versions becoming highly sought after by collectors.

Collecting a card from a big player’s maiden World Cup is always a real collectors piece for enthusiasts and the 2018 Panini Prizm World Cup Scorers Club Harry Kane is no different.

The fact that Kane ended up as the Golden Boot winner at the 2018 FIFA World Cup only adds more value to the card, which depicts the England captain in action and also sports the official 2018 World Cup Russia logo in the top right hand corner.

Key to the appeal with this card is the variety of options available, with the base card very accessible for all levels of collector, whilst there are prizm versions on the market for those looking to make some serious investments.

Is a Harry Kane rookie card a good investment?

Harry Kane’s journey to the very top of the game is a rather unique one, making any rookie card attributed to the Tottenham striker a good investment piece.

In his early days at Tottenham, very few pundits or experts predicted him to have the incredible career he has enjoyed at both Premier League and international level and as a result, the associated Harry Kane rookie card market is booming.

At the age of just 29 at the time of writing too, who knows what Harry Kane could go on to achieve in the game – making a rookie card a seriously good investment.

What are the best value Harry Kane cards?

Unlike some of his contemporaries in the best striker in the world department currently, there are plenty of Harry Kane stickers and cards on the market, meaning there is plenty for all levels of collector to get hold of.

The 2018 Panini Prizm World Cup Scorers Club Harry Kane is an excellent affordable option for collectors, with Kane going on to win the Golden Boot at that tournament, whilst the Harry Kane Merlin Premier League 2019 Football Sticker is a great option too.