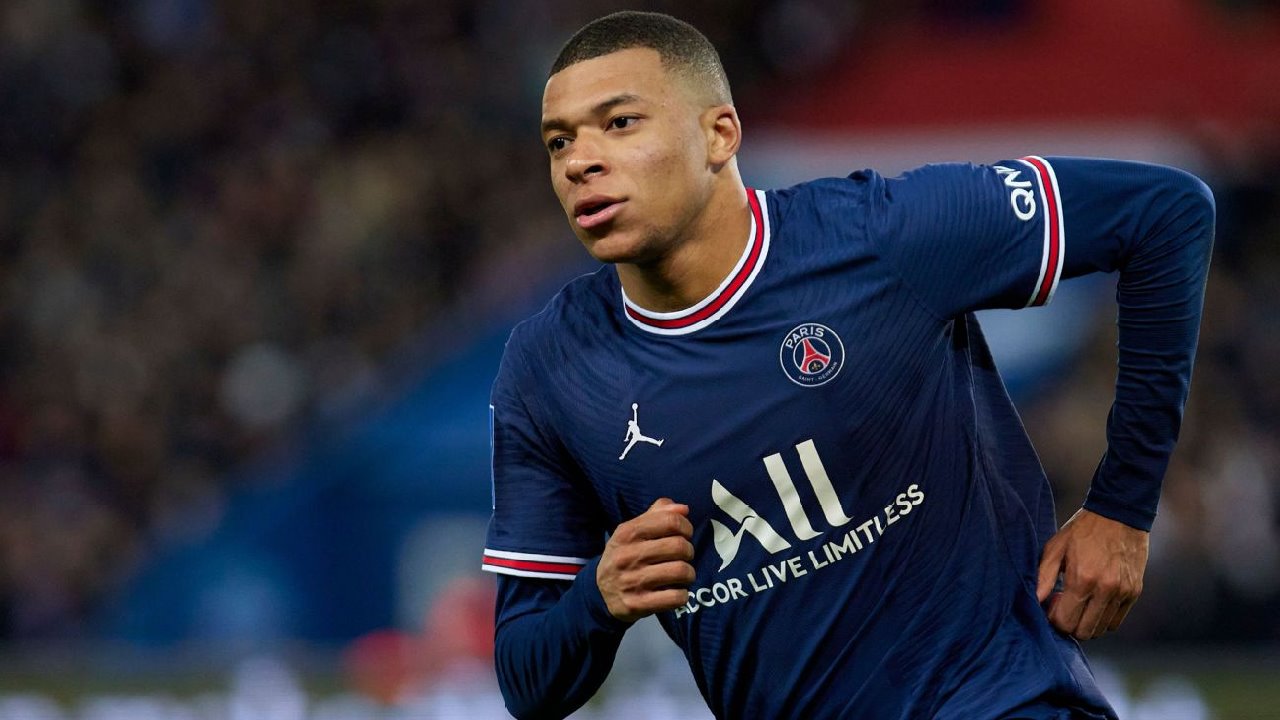 Following his incredible performances at the 2018 FIFA World Cup, Kylian Mbappe has long been touted as the future of world football.As a teenager, Mbappe single-handedly fired France to their second World Cup triumph and the clamour and intrigue surrounding Mbappe has burgeoned ever since.

With serious pace to burn, electrifying speed with both feet and an ice cool temperament in front of goal, few strikers in world football have enjoyed the returns Mbappe has since he first burst onto the scene with AS Monaco back in 2017.

Those performances enticed Paris Saint Germain to part with an incredible 180 million euros for the most sought after player in world football at the time and whilst Mbappe has been unable to deliver the Champions League for PSG as yet – he has been prolific in French domestic football.

At international level, Mbappe’s influence remains consistently high and his goals will be vital once more as France defend their World Cup title in Qatar in 2022.

It is also hard to believe that Mbappe is still only 23 years of age and given his potential and standing within the game, any trading card associated to him has a hefty value, simply by virtue of what he could go on to achieve in his career.

Here is a rundown of some of the most valuable Kylian Mbappe soccer cards on the market:

Panini football stickers are always popular with collection purists and getting hold of the first printed sticker of one of the best players in the world, is always somewhat of a coup.Sharing the sticker with fellow Monaco squad player Corentin Jean, the 2016 Panini Foot Soccer Corentin Jean/Kylian Mbappe rookie sticker only depicts the now infamous French striker on half of the piece, back in his early AS Monaco days.

The design on the sticker itself is striking for its simplicity, with both Mbappe and Jean sporting Monaco’s red and white jersey but the youthfulness of Mbappe’s appearance is a giveaway as to the age of the sticker.

As a sticker collection, the 2016 Panini Foot set was only available in France and with just a reported 189 2016 Panini Foot Soccer Corentin Jean/Kylian Mbappe stickers in circulation, they are seriously sought after, by collectors worldwide.

Whilst this is not a true rookie card in that it is the first Kylian Mbappe card or sticker that hit the market, this is the card that defined Mbappe at the 2018 FIFA World Cup, firmly putting the young Frenchman on the map.

France’s success at the 2018 FIFA World Cup in Russia was of course a team effort but Mbappe’s insatiable appetite for goal and ability to score important goals when it matters most, propelled him to a different stratosphere within the footballing fraternity.

The 2018 Panini Prizm World Cup Soccer Kylian Mbappe card is within a highly sought after World Cup range and the beauty of the card is the number of different versions available, ideal for punters of all aspiration.

Whilst there are plenty of base versions of the 2018 Panini Prizm World Cup Soccer Kylian Mbappe rookie card in circulation which all carry value, the number of parallel versions only add to the intrigue surrounding the card, making it a real collector’s item.

Panini have always had their finger on the pulse when it comes to producing highly sought after cards and stickers through the generations and the Obsidian range has added a new element to card collecting among football fans.

The slick colour blast range, selects only 10 players in each set to be depicted on the cards and in 2020 Kylian Mbappe was always going to make it on any run of the very best players in the world.

Whilst the smart design is instantly attractive, the low print run is what holds the value and the 2020 Panini Obsidian Colour Blast Kylian Mbappe card is already a highly sought after piece.

Being depicted in the UEFA Champions League run of Topps Chrome cards is a real mark in the sand for any player and Kylian Mbappe first appeared in the range for Paris Saint Germain in 2017-18.

The 2017-18 Topps Chrome Uefa Champions League card is a rookie card offering in Europe’s premier club competition and the impact Mbappe had on the competition for both Monaco and PSG has been consistent ever since he first debuted in it back in 2017.

For many, the Topps Chrome UCL range is one of the most influential football trading card collections on the market and both the base and refractor versions of the Kylian Mbappe card yield serious returns.

Such is the international appeal that Kylian Mbappe now carries, that he is now a highly sought after sporting icon the world over.

The 2018 Panini KABOOM! Kylian Mbappe card was only available in the United States and depicted some of the biggest athletes in the world back in 2018.

Whilst the card itself is relatively easy to come by in its base form, the unique run coupled with Mbappe’s seemingly limitless potential as a player, makes it a very sought after piece – particularly for investors.

Is a Kylian Mbappe rookie card a good investment?

As previously alluded to, it is staggering to think that Kylian Mbappe is aged just 23 at the time of writing, considering all he has achieved as a player already.

With the UEFA Champions League the only trophy to have eluded him so far in his career, a move away from Paris Saint Germain could be on the cards in the future but regardless of where he plies his trade, Kylian Mbappe is one of the biggest names in world football.

Consequently, the associated Kylian Mbappe rookie card markets are booming, with collectors predicting that the young Frenchman does indeed stand on the very cusp of greatness within the game.

As a result, any Kylian Mbappe card looks to be a really good investment moving forward.

What are the best value Kylian Mbappe cards?

As a direct result of Kylian Mbappe’s global appeal and precocious talent, getting hold of a genuinely cheap Kylian Mbappe card is not an easy feat currently.

However, value can be found in the more recent Kylian Mbappe cards such as the Topps UCL Gold 2021 Kylian Mbappe PSG card and the aforementioned 2018 Panini KABOOM! Kylian Mbappe card – both of which are relatively easy to get hold of in base versions and should carry value in the future.