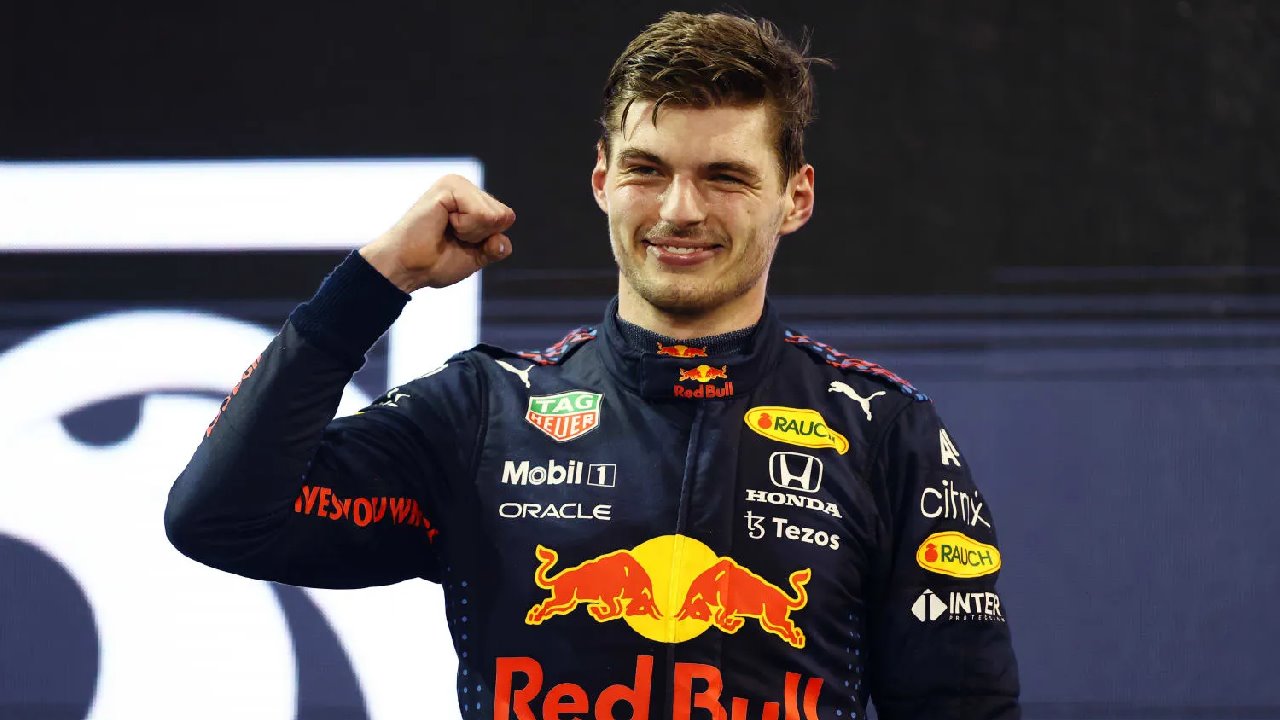 Ever since he became the youngest ever Formula One driver to complete a race at the age of 17, the weight of expectation on Max Verstappen has been huge.

Hailing from a racing family, Verstappen seemed destined for the very top of the sport from a young age and his destiny came to fruition as he pipped Lewis Hamilton to win the 2021 Formula One Driver’s Championship.

The fiery Dutchman is also in full control of the 2022 Championship and a dynasty of Verstappen wins in Formula One seems to be very much on the horizon.

In a relatively short space of time, Verstappen has become the face of Red Bull racing and his relationship with the team and his fans continues to grow, epitomised by his winning of the 2022 Laureus World Sports Award for Sportsman of the Year.

With Verstappen seemingly on the cusp of a highly successful career in Formula One, his potential knows no bounds.

Here is a rundown of some of the most valuable Max Verstappen cards on the market:

The truest form of a Max Verstappen rookie card comes from 2016, where a youthful looking Verstappen is depicted grinning at the camera.

Key elements of this card in terms of its value are the fact Verstappen is wearing the Red Bull kit – a logo he has become synonymous with throughout his career.

In addition, the top right hand image of the card shows the Dutch flag, alongside the caption ‘Wins – 0’, a definitive marker of the point in which Verstappen’s career the card yields from.

Having a card of any athlete ‘before they made it’ always carries an extra sense of significance and this is definitely the case with the 2016 Top Trumps Grand Prix Heroes Max Verstappen rookie card.

In 2020, Topps acquired the rights to all Formula 1 trading cards – coinciding with the period in Max Verstappen’s career where he progressed to one of the biggest hitters in Formula One.

He finished the 2020 campaign in third, behind his old adversary Lewis Hamilton and his Mercedes team mate Valtteri Bottas, but his was very much a precursor of the success Verstappen was yet to have.

The 2020 Topps Dynasty F1 Max Verstappen Autograph Patch card is not a rookie piece in terms of its dating but it is the first Max Verstappen card on the market to have his autograph, making it a rookie card in the eyes of many.

In addition, the range of cards came with a piece of the driver’s overalls, including the glove patch, suit zipper and name badge – all of which can be found in this limited range of cards.

Despite having only been on the market for a couple of years, these cards have soared in price and are by far the most valuable Max Verstappen cards available to collectors on the market.

As previously mentioned, it took until 2020 for an official producer of Formula 1 cards to hit the scene and the first ever Topps card depicting Max Verstappen was produced in the debut run.

The 2020 Topps Chrome F1 Max Verstappen card was his first mainstream release and is numbered 6 in a 200 card collection, a tip of the hat to the Dutchman’s standing within the sport.

Subsequent successes have only added more value to this card, which has become a collector’s item for all levels of enthusiast, in a relatively short space of time.

In comparison to many other sports, Formula One is still dipping its feet into the sports trading card market and the fact that Topps only acquired the license for F1 cards in 2020 is representative of that.

One of the key innovations with this particular run was the ‘print to order’ policy brought in by Topps and there are only 4000 of the 2020 Topps Now F1 Max Verstappen cards on the market.

The USP of the card is the image, depicting Verstappen holding the trophy after winning the 2020 Abu Dhabi Grand Prix, complete with face mask on – during the height of the COVID 19 pandemic.

One year later, Max Verstappen made history by clinching his maiden Formula One Driver’s title, winning in the most dramatic fashion from Lewis Hamilton in the final lap of the season ending Abu Dhabi Grand Prix.

With the image on the card depicting Verstappen celebrating his title win with Red Bull Christian Horner, it has quickly become one of the most iconic images in Formula One in recent years – making the card a real collector’s item moving forward.

Is a Max Verstappen rookie card a good investment?

Finding a global sporting superstar on the edge of a period of global dominance is often the ultimate tactic when it comes to sports card collection and Max Verstappen fits that bill.

Winning his first Formula One Driver’s Championship in 2021 and with the Dutchman set to follow that up again in 2022 – Verstappen is embarking on an unforgettable era in the global phenomena that is F1.

The Formula One card market is relatively young and as a consequence, there aren’t a whole host of other cards to compare the Max Verstappen rookie cards to.

However, he looks set to be one of the biggest sports stars in the world for the next decade or so and his image transcends the sport, making a Max Verstappen rookie card an excellent investment.

What are the best value Max Verstappen cards?

One of the only issues facing card collectors in the world of Formula One is the relatively low numbers in which the cards are currently produced.

That said, there is value to be found when looking for Max Verstappen cards, especially considering his standing within the sport.

Max Verstappen: How Max Verstappen Became the Fastest Driver in Formula One
$12.99
Buy on Amazon
Bestseller No. 3

Where To Get Sports Cards Graded