Where To Get Sports Cards Graded 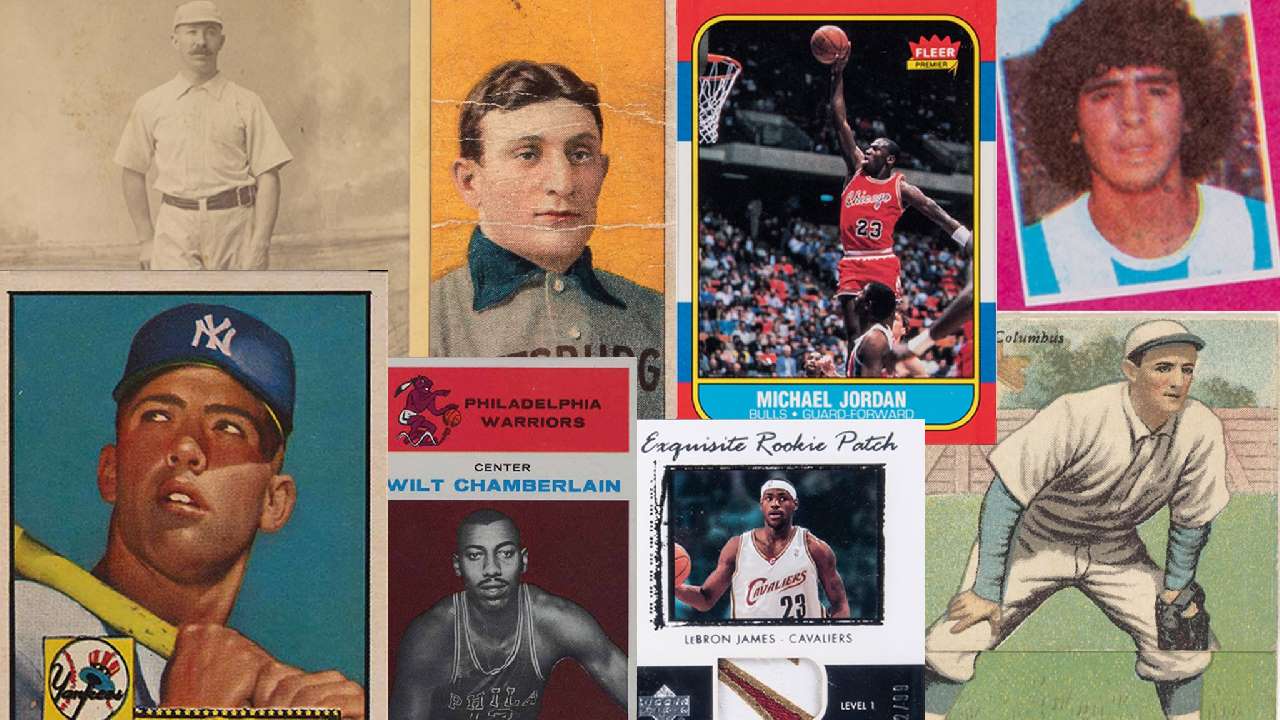 Such a structure in place enables both buyers and sellers to become fully aware of what any given card may be worth on the open market, which in turn adds grater regulation and parity to an industry that was riddled by fakes and copies for many years.

As a consequence, more collectors than ever before are looking to get their sports trading card graded, as they seek the opinion of an expert, to maximise any potential resale value.

Another facet that is to be considered when grading a card is the condition in which the card is currently in and how that can impact upon the notoriety and potential sell on value of the piece.

Grading services give buyers and sellers a level playing field from which to operate from and the regulation within the marketplace, helps protect all who looks to trade sports cards.

Plenty of companies have emerged on the online market in recent years, offering grading services for collectors and as with any industry, some services are more reputable than others.

Here is a rundown of some of the most reliable sports trading card grading services on the market currently:

Having first hit the sports trading card market in 1991, PSA have long been providing a card grading service for users that is seen by many to be the oracle.

PSA’s development of an effective grading system, which enables users to quickly identify and understand the condition in which a card is in and the relative value in which it holds, is the go-to resource for most sports trading card collectors worldwide.

Whilst it certainly isn’t the be all and end all, getting a sports card graded by PSA is often seen as the definitive guide for traders and other companies often take a read from PSA before valuing and grading cards themselves.

However, this service inevitably comes at a hefty cost to users, simply because it is so reputable and can impact so heavily in terms of resale value.

For standard card collectors, the PSA grading service will cost anywhere between $10 per card and up to $500 per card, depending on the value of the card and the grading times requested, which inevitably takes a serious chunk out of any potential sell on value.

Any card collectors with a really expensive piece on their hands can expect to pay up to $5000 if their card is worth six figures or more and whilst the percentages don’t stand out, PSA are remunerated handsomely for their services.

Part of the reason that PSA are able to charge so much money to collectors to have their cards graded is due to the fact that they in essence, invented the grading system that is universal today.

Ranging from ‘PR 1’, which represents a card in ‘poor’ condition, through to ‘GEM-MT 10’, which references a card in perfect nick, the PSA grading system is recognised the world over in the sports card collection sphere and adds real authenticity and value to any piece.

Beckett first emerged as a predominantly baseball card trading based organisation but they have successfully transitioned across a range of sports internationally since.

In comparison to PSA, pricing and grading waiting times are two areas of consensus where Beckett tend to prevail, with much more affordable options on the table for traders looking to get their cards valued.

In addition, Beckett pride themselves on their smooth turnaround times, which enables collectors to become more reliant on the services they offer and also assists when it comes to reselling.

The Beckett grading system is also seen as a pro for collectors looking to use their services, as they offer a grading to .5 of a number, rather than the whole number service offered by PSA.

One thing often levelled against Beckett though is their relatively limited back catalogue, with their overall database not as comprehensive as PSA’s.

Whilst the marketplace has historically been dominated by PSA and Beckett and deciding between those two stalwarts of the sports trading card industry is often done with a fine toothcomb.

SGC offer a different angle for sports trading card collectors, simply due to their affordability – ideal for enthusiasts who aren’t always looking to maximise resale value but just have a genuine passion for sports card collecting.

In a similar vein to Beckett, SGC offer a grading service that works in .5’s, meaning collectors can really drill down into the details of a specific card and get a very accurate grading on any card they put forward.

Undeniably, a SGC graded card does not carry the same reputation and in turn value of a PSA or even a Beckett graded sports card but their notoriety is building and they have a reliable and reputable service that all levels of collector can utilise.

When getting any sports card graded, it is essential to clearly identify what the aspirations are in terms of why it is being graded.

If maximising financial gain is the principal goal, then spending more money on the likes of PSA can yield higher sell on values down the line.

Meanwhile, using the services Beckett and SGC offer may be a little more affordable in terms of grading, ideal for hobbyists but not perhaps top of the list for full-time collectors.

Regardless of which option collectors punt for, the sports card trading market is growing and there are a wealth of opportunities at the disposal of collectors to get their cards graded efficiently.

How To Check Sports Card Values For Free