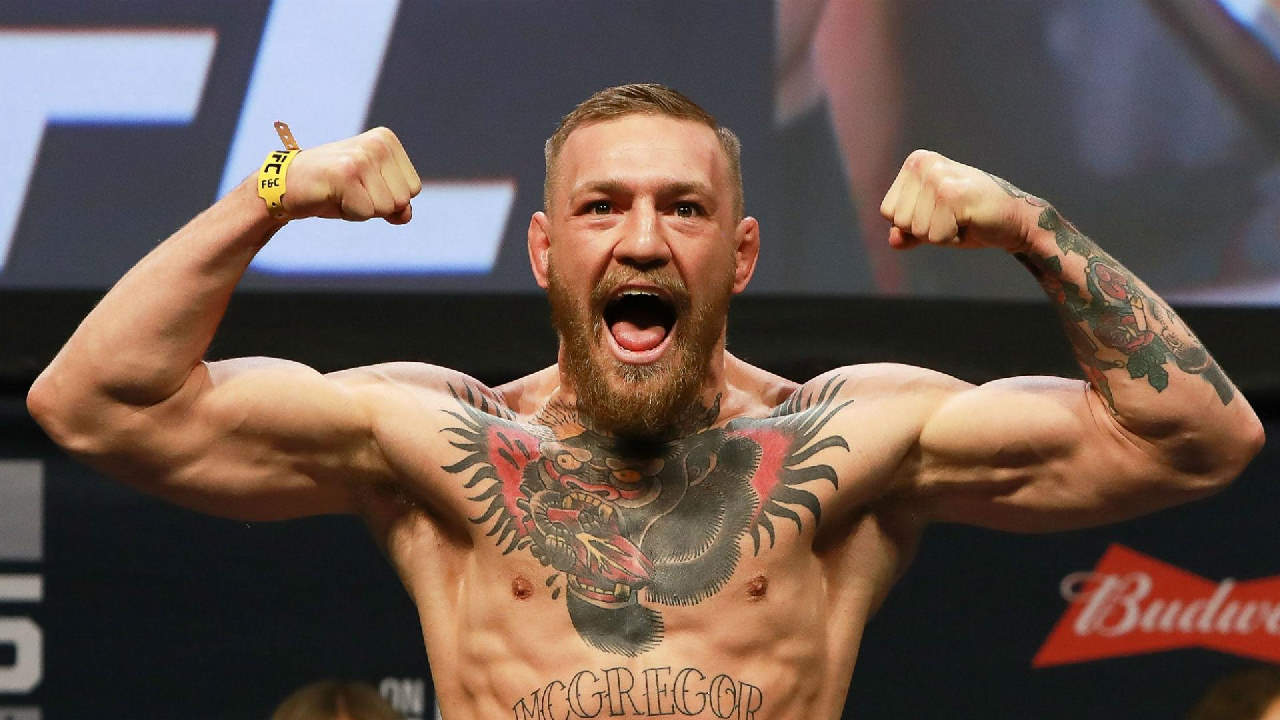 Few sports attract more colourful characters than MMA and the UFC but one fighter in particular has arguably revolutionised the global brand of the sport more than any other.

Irishman Conor McGregor has transitioned from Dublin bad boy, through to global superstar in the relative blink of an eye.

His rise to international stardom has also coincided with the huge increase in consumption within the world of the UFC and with McGregor often at the forefront of the events UFC are able to offer, the profiles of both the sport and him have grown exponentially over the past decade.

Divisive is a word often levelled at McGregor, with his brash and aggressive attitude both in and out of the ring often seeing fans either love him or hate him, another factor which adds to the intrigue and drama often surrounding his fights.

He made is UFC debut back in 2013, with a spectacular knockout of Marcus Brimage and most of his subsequent fights (whilst not always ending in victory) have followed suit.

With transitions into both the professional boxing arena and the WWE, McGregor’s profile has certainly transcended UFC and his often fractious relationship with other fighters and the media, only adds to the circus that surrounds him.

McGregor has also cemented his place as one of the richest athletes in the world over the past few years, earning more money per annum than the likes of Rory McIlroy and Russell Wilson in 2021.

Here is a rundown of some of the most valuable Conor McGregor cards on the market:

Few fighters have burst onto the scene in the same way that Conor McGregor was able to and his incredible debut performance back in 2013 is depicted in his rookie card.

The card itself is relatively simple in design, with McGregor landing a head shot on opponent Marcus Brimage the main image, with the UFC logo and ‘Conor McGregor Ireland’ visible at the bottom.

Whilst the straight up card is very rare, UFC card collectors should also look out for the parallel version of the card, which has an Irish flag adorning the background, and is numbered to only 188.

Being early to the party would have paid off here, with few people envisioning McGregor’s rise to stardom back in 2013 and almost a decade later, it is an incredibly rare piece.

In a similar vein, the signed version of the Conor McGregor UFC card originates from 2013 and the same brutal image of Brimage taking a whack is prominent.

The actual signature here is added on, perhaps a tip of the hat to McGregor’s subsequent rise to fame but collectors should be sure to look out for a few different nuances.

Different versions of the Conor McGregor rookie card include the straight up signature and the ‘Notorious Conor McGregor’ in red ink – a nickname that has been synonymous with the success he has enjoyed in his career.

The lack of serial number on this card does affect the value relatively speaking but it remains a highly valuable rookie card – for one of the biggest fighters in UFC history.

For the ultra high end collector, there is a ruby version of the Conor McGregor autograph rookie card that is numbered to only 8.

As McGregor’s notoriety rose, so did the sense of value and intrigue surrounding his UFC fighter cards.

Throughout 2014, he had plenty of autographed cards released by Topps, with this one arguably being the pick of the bunch.

With only 149 of the cards in circulation, they are certainly rare finds and the simplistic layout of McGregor in action and a prominent signature, makes it a highly desirable collectible.

Low print runs always cut the wheat from the chaff when it comes to collector cards and the 2014 threads offering from Topps has only has 18 Conor McGregor cards in circulation.

With some fight-warn material adorning the card and the nickname style on his autograph, the card is as aesthetically pleasing as it is rare.

Refractor versions of collectible cards always add an additional layer to its value and collectability and the 2017 Topps Conor McGregor UFC Chrome card is no different.

Whilst the base card can be easily found, various colored refractor cards had a limited to a run – making them hugely valuable and at one point, they were some of the most lucrative Conor McGregor cards on the market.

Once again, the base card is a very solid one to have but getting hold of the gold version can yield significant sums of money.

There are only 10 gold prizm Conor McGregor cards on the market, with the most valuable offering being sold for over $27,000 – a figure that is sure to rise as Conor McGregor’s unpredictable career continues.

Is a Conor McGregor rookie card a good investment?

As previously alluded to, Conor McGregor is one of the most reputable athletes on the planet and his self-made success within the UFC makes him a huge draw.

Consequently, practically any card that involves Conor McGregor in anyway holds a degree of value and finding a card from his rookie year (2013), only adds to that value.

He is in somewhat of a fighting hiatus currently, with his relationship with UFC not perhaps what it once was but McGregor is box-office, and he surely can’t stay away from the octagon for too long.

By that rationale, a Conor McGregor rookie card is an excellent investment – with autograph cards in particular the best bet for holding any value as time moves on.

What are the best value Conor McGregor cards?

With such a vociferous following, no Conor McGregor cards come too cheap but there is plenty of value to be found when looking for UFC cards.