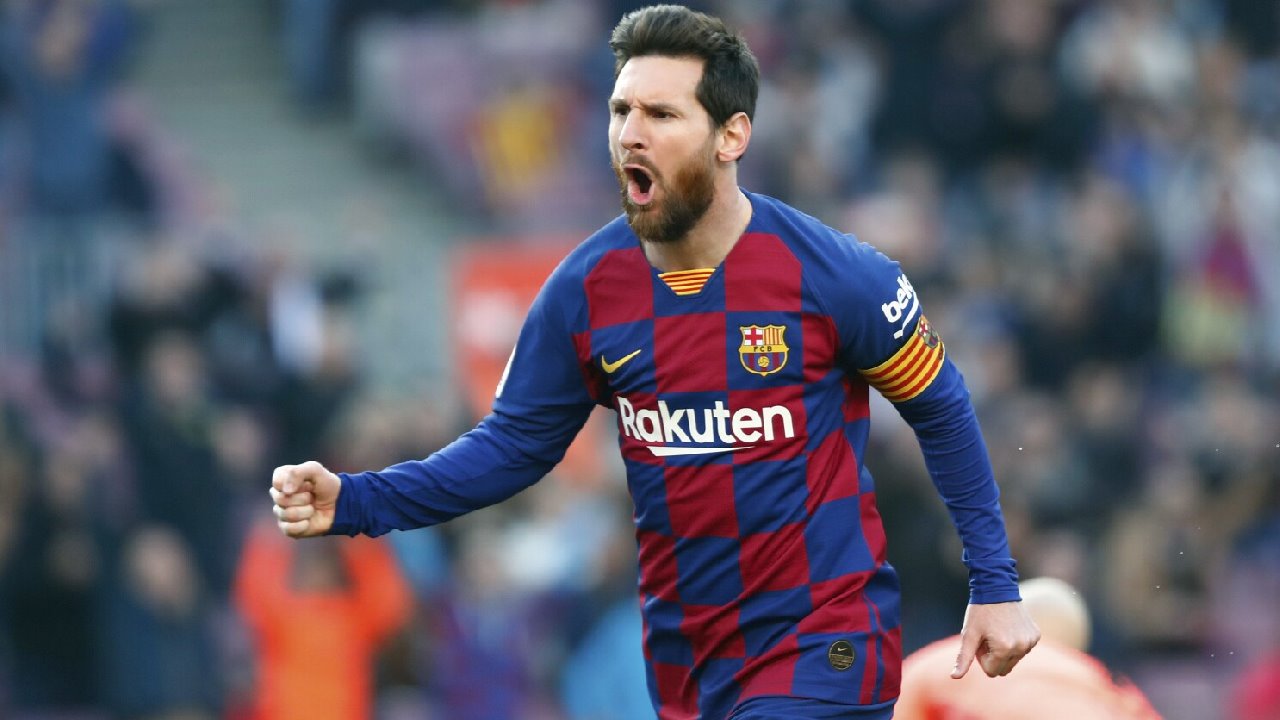 One of the great footballing debates of the modern age centres around which player can be defined as the GOAT (Greatest of all Time).

Whilst the likes of Cristiano Ronaldo, Pele, Diego Maradona, and the like all seem to have plenty of admirers, Lionel Messi is certainly a strong candidate to be classified as the greatest ever player to have played the game.

The diminutive Argentinian defied all predictions at the beginning of his career, with scepticism over his height and physicality, to become Barcelona and Argentina’s greatest ever player.

Having won all there is to win in the game at club level, Messi’s global appeal far transcends day-to-day football and his link with Barcelona will forever be etched into footballing folklore.

In the summer of 2021, Messi’s love affair with the Nou Camp outfit came to an end, as he opted to join PSG, a move that is yet to yield serious rewards on the pitch but has done wonders for the French outfit from a global reach perspective.

For Argentina, Messi was instrumental in propelling his side to the 2014 World Cup Final and in leading Argentina to the 2021 Copa America title, Messi fulfilled a boyhood dream and cemented his status as one of the all-greats.

With such a worldwide platform, Lionel Messi is one of the biggest sporting superstars on the planet and all associated memorabilia is highly sought after.

Here is a rundown of some of the most valuable Lionel Messi soccer cards on the market:

The global profile of Lionel Messi simply could not be bigger in 2022, with his full list of achievements and accolades from a glittering career winning him billions of fans.

However, back in 2004 as a relative unknown, Panini were the first company to depict the Barcelona Academy graduate on their cards – interestingly when he was still plying his trade in Barcelona’s B team.

Few could have foreseen the incredible career Messi was able to go on to have and the 2004 Panini Sports Mega Cracks Lionel Messi card depicts the great man in a trademark pose, with the ball glued to his feet, ready to terrorise defenders, in the iconic red and blue stripes of Barcelona.

As ever, rookie cards are highly sought after and, in this case, it is by far the most expensive Lionel Messi card on the market, but it could be an investment worth making, if it is possible to get hold of one.

From the same range mentioned above, the 2004-05 Panini Mega Cracks Barca Campeón/Campió Lionel Messi card is a printed autograph version from his first full season as a Barcelona player.

This particular range is a special release for the side that went on to win La Liga and in the 2004/05 campaign, Barcelona enjoyed huge success on the pitch and the emergence of Messi was the icing on the cake.

Whilst the card design is quite simplistic, value lies in the fact there are both Spanish and Catalan versions of the card, only adding to the value of the piece.

In addition, it is a card from Messi’s first ever title winning campaign, which makes it a real collector’s item for any Barcelona and/or Messi collection enthusiast.

Panini have long held the monopoly on the football sticker market in Europe and the 2004-05 Panini Colecciones Este La Liga Stickers Lionel Messi is an often overlooked rare piece.

Whilst the sticker originates from a run that wasn’t hugely rare, Messi’s profile wasn’t so big at the time and the simplicity of the sticker makes it all the more appealing for collectors.

The sticker has an action shot and a profile photo of Messi on the front, with his surname found at the base of the sticker.

As ever with stickers, the condition of the piece does have a direct impact on the immediate value, but a well-maintained sticker can yield serious sums of money, especially for Messi collection enthusiasts.

All first World Cup stickers or cards for any big name players yield serious sums of money and that remains the case with the 2006 Panini World Cup Germany Lionel Messi card.

Overall, the 2006 World Cup was relatively nondescript for Argentina, but Lionel Messi had certainly arrived on the world stage by this point and his rookie World Cup card remains a real collector’s item today.

Sporting the iconic blue and white stripes of Argentina, the 2006 Panini World Cup Germany Lionel Messi sees him in his familiar gait, with the ball at his left foot, ready to turn opposing defenders inside out at will.

The relative outlier in the set so far is the 2016 Panini Noir Country Signatures Lionel Messi card, from a rare run published by Panini.

Only 10 players were selected in the range, with each player having 40 signed cards each in the run, making the Panini Noir selection a highly sought after set.

As ever, such is Lionel Messi’s profile that his was the most wanted card in the collection and as a result, the sell on value is currently very lucrative.

Is a Lionel Messi rookie card a good investment?

When he first burst onto the scene at the Nou Camp, FC Barcelona knew that had a player that would change the footballing landscape on their hands and Lionel Messi has exceeded expectation in every way.

Standing at just 5ft 5 inches, in theory Lionel Messi should be outmuscled and outran in modern day football but he cares little for the opinions of so called experts and he continues to prove himself as one of the best players to have ever graced the game.

By that mantra, any Lionel Messi rookie card is a seriously good investment – as his global appeal is as strong as ever, meaning fans will do all they can to get some Messi memorabilia, giving any rookie card a serious sell on value.

What are the best value Lionel Messi cards?

Cheap Lionel Messi cards aren’t too easy to come by, simply as anything associated with the great man carries financial clout.

However, the Lionel Messi FC Barcelona 2010-11 Panini sticker is a strong offering for those looking for value, coming from Barcelona’s incredible campaign that year, whilst the Lionel Messi Panini WCCF 2013-2014 Argentina Refractor Card is a well-priced piece from the 2014 World Cup year, where Argentina reached the final.