The Junk Wax Era – All You Need to Know! 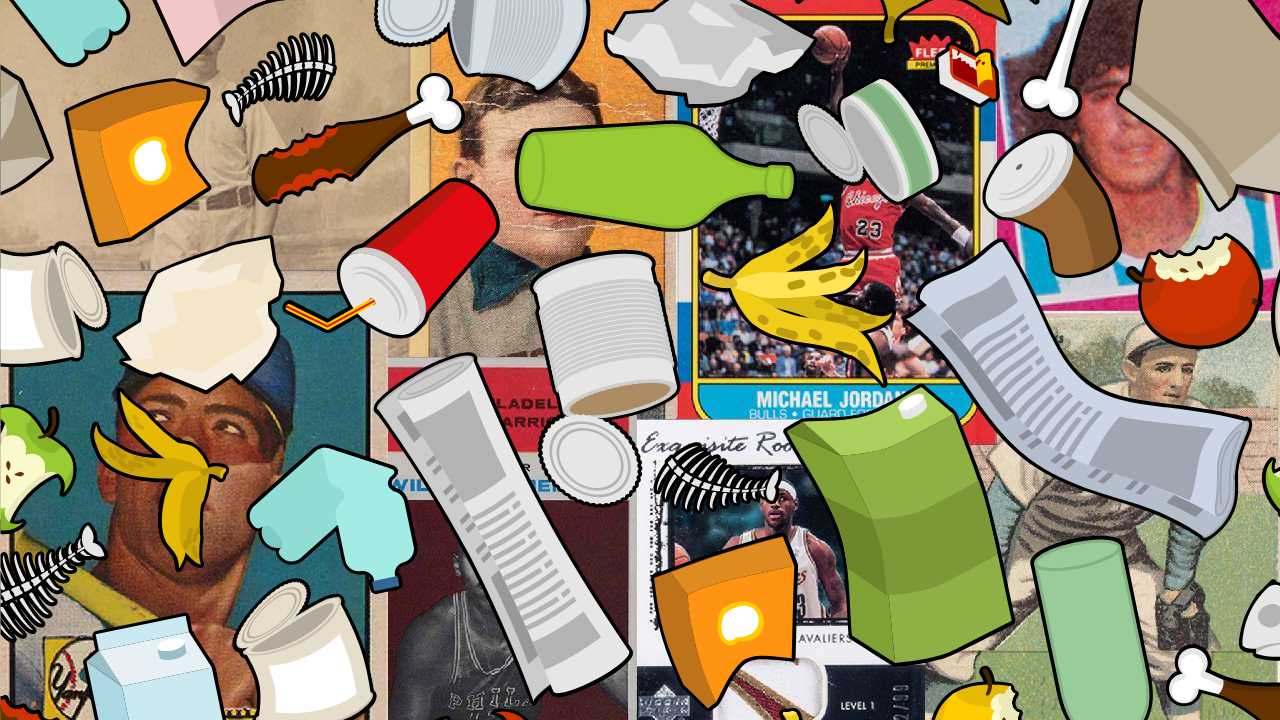 Many sports card experts often attribute what is affectionately known as the ‘Junk Wax Era’ as the most seismic shift in sports trading card collection – all over the world.

There are a multitude of reasons as to why the era was coined ‘Junk Wax’ which will be covered later but the affectionate term for the era is a retrospective one. Back in the 1980’s, the world was a very different place, particularly in relation to interests and hobbies and the advent of technology that immerses daily life these days had yet to happen.

As a consequence, sports trading cards became a big deal, which in turn became big business and every organisation worth their salt wanted a piece of the sports trading card pie. The knock on effect was the increase in the number of sports trading card companies, producers and retailers – which completely flooded a burgeoning market in a relatively short space of time.

Over 30 years on and onlookers can now reflect on the Junk Wax Era as a period of quantity over quality and the end result is thousands upon thousands of sports trading cards from that era not having any particular value – hence the term ‘Junk Wax’.

Here is a basic rundown of the Junk Wax Era – a time that shaped the way in which sports trading card collection takes place today:

When was the Junk Wax Era?

Whilst it can sometimes be difficult for some sports trading card enthusiasts to accept, the reality is that there are perhaps more interactive and enticing options out there for the next generation, meaning that sports trading card collection arguably peaked during the Junk Wax Era.

As with any growing trend across the world, there will be plenty of companies jumping on the bandwagon and the overall production of sports trading cards during the Junk Wax Era boomed exponentially, beyond the means of the marketplace – hence the term Junk Wax being linked to the era.

Sports trading card collection has developed since this time though, with lessons learned from the Junk Wax Era and now card producers and collectors alike are more savvy when it comes to how they go about buying, selling and producing sports trading cards.

What was the Junk Wax Era?

Like many marketplaces and industries, once supply outweighs demand, there is an issue within the overall infrastructure for both producers and consumers.

As sports card production boomed in the mid 1980’s, production companies such as Topps, Panini and Donruss continued to pump out cards as quickly as they could. In the initial stages, collectors could not get enough of them, with swap shops opening and children trading their cards on the playgrounds, a common sight the world over.

One of the key developments within the Junk Wax Era was the depiction of cards across a variety of players and a wealth of sports, meaning almost every professional athlete from the big 4 sports leagues in America (MLB, NHL, NFL and NBA) were available in sports trading card form – diluting the market somewhat.

Coining the time as the Junk Wax Era has happened subsequently, with observers and commentators referencing the fact that many of the cards produced around that time have little to no sell-on value – even 30 years or so after the initial cards have been produced.

Are there any cards from the Junk Wax Era worth buying?

One of the common misconceptions surrounding the Junx Wax Era is that all cards from that time are worthless and are not worth collecting. Simply put, this could not be further from the truth as there are multiple instances of valuable rookie cards being heralded from the Junk Wax Era.

In comparison to more recent times, there most cards from the Junk Wax Era aren’t part of limited print runs or don’t have any hologram features – meaning that there is generally a lot of the same card on the market – diminishing any resale value.

However, there are plenty of reputable rookie cards from the mid 1980’s to the mid 1990’s, which have gone on to hold value in today’s congested and competitive market. Like anything to do with card collecting, researching the cards and ascertaining the market trends are far more important than which era a particular card has been produced in.

Generally speaking, most card collectors do have an aversion to cards produced in the Junk Wax Era and as a consequence, they are not the most sought-after investment pieces – simply because their value is not expected to rise.

However, there are plenty of decent cards that were produced from the time – which have gone on to hold and exceed value. In addition, not all card collectors engage in the hobby for resale value – so if a card from the Junk Wax era takes your fancy – go for it – just don’t expect to make huge sums of money from it!

Are we entering another Junk Wax Era?

How to Become a Card Grader

How to Ship Sports Cards – A Step-By-Step Guide